I love giving gifts! No, seriously, I spend waaaaay too much of my free time stalking the internet for the perfect gift for people on my list (note: they’re often not nearly as impressed by my gift-giving skills as I am). It’s a way to show someone you love them, and pay attention to what they care about.

But I also love gifts, because they’re a way to bring suffering to others. You know the ones. That mom who keeps telling you how to lose that baby weight just by joining her crossfit class. The one who insists that Theodore eat gluten-free, because, “Do you know how many toxins are in wheat?” The one who spoils Romulus, who’s then bullies your kid.

Yep. It’s time to be extra-thoughtful this holiday season, and get their kids something they’ll treasure forever! 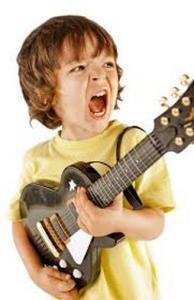 Is there anything sweeter than the sound of a child discovering music for the first time? As they bang on that xylophone, mash that keyboard, and wail on those drums, won’t you be glad you’ve got an enormous set of objects that jingle at earsplitting volumes, so your progeny has a full range of artistic expression?

A friend of mine has one of these in her house. When I tried to ask her above the amplified shrieking why she would do such a thing to herself, she explained it was a gift. Because her sister-in-law hates her.

That Floor Keyboard From Big

But look at how much fun Tom Hanks is having!

This thing has it all. Noisy: check. Enormous: check. Possibility that someone will be injured while trying to play “Jingle Bells”: check. 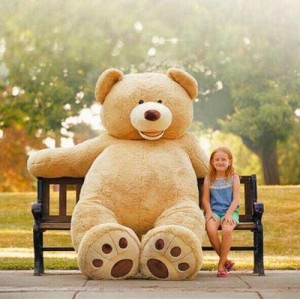 Full disclosure: I would be SO EXCITED if someone got this for me.

Because no matter how small an apartment is, there’s always room for a room-sized bear. 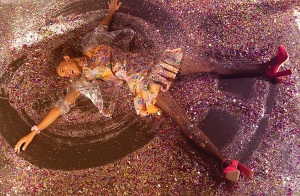 My own personal heaven.

Look, I’m fully convinced there’s nothing that can’t be improved with glitter, but there’s a reason I call it “the herpes of the craft world.”

Grow Your Own Frogs 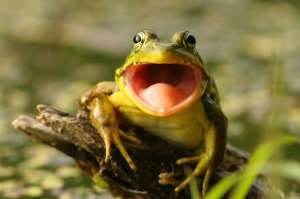 He’s screaming in terror at the thought of an enthusiastic four year old.

There are actually any number of living things you can hand to a child so she can form close emotional attachments to difficult, short-lived creatures. Bonus points if they make noise; when I was little one of my friends accidentally released a pregnant cricket in her basement. Guess whose family was treated to an inbred insect symphony every night!

Dripping soon onto a carpet near you!

I was born in the 80’s. I know my slime. And I know that it makes everything smell like toxic chemicals, makes fart sounds, AND will find its way into the cracks between your seat cushions. Imagine the fun if someone gets it in his hair!

Did you know you can buy bulk bags of ONLY THE MARSHMALLOWS from cereal? It’s a beautiful world, isn’t it?

There’s no way she’ll let little Cornelia have any of it, but it’ll be fun to watch the desperate tug of war contest over the bag!

Anything With Many Tiny Parts

A world of fun for her, a safety hazard for you!

I don’t really need to explain this one, do I?

Toys Without An Off Switch 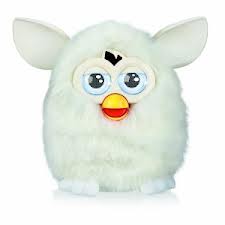 Furby must have damn good lawyers; I can’t believe there’s never been a horror movie made about them.

This can take a little extra leg-work, testing out the merchandise, but it’s worth it. One year my brother got the Kraken two of the noisiest trucks I’ve ever seen, with nary an off switch in sight. After the goblin had gone to bed, screwdrivers were found, batteries were removed, and the trash was taken out. Oh, and my brother is still dead to me.

I grew up when trolls were A Thing, and at some point some sweet, misguided adult thought it would be a great idea to give me an enormous one with eyes that light up, and that lurched forward on roller blades like a zombie whose legs have fallen asleep. When I had a slumber party we set it up next to a girl’s face while she slept, and waited for the noise of her impending doom to wake her up. I still know that girl. She still hasn’t forgiven me.

Things That Take Up Half A Room

Teach Them To Play With Poop

Fun for the whole family!

Yes, of course I get why this product exists, but also WHY DOES THIS PRODUCT EXIST?!

Aw, who’s a little fuzzy part-time job? You are! Yes you are!

Obviously the nuclear option, you will never, ever be able to interact with this person again. And your drop-the-puppy-and-run game has to be on point, or else you might find yourself with a rebound puppy, boomerang style. Try giving him to the kids first, get them really attached, then let the parents know he’s theirs, and that he’s not potty-trained.

I’m not saying that the Holidays are all about spite, or revenge, or annoying people who are themselves annoying. I’m just saying that, if you play your cards right, it CAN be!

One thought on “Kid Gifts for the Parent You Hate”