The Kraken’s school doesn’t celebrate traditional holidays (way too mainstream for Berkeley), so instead they make up their own traditions, and this week it’s Jammie Days! Which, yeah, just means coming to school in your pajamas, but you have no idea how exciting that is when you’re three, and spend most of your life resisting wearing real pants.

When we arrived at school this morning, it was a sight to see. I mean, I’m used to my spawn running around in his jammies, so I’m pretty immune to the cuteness, but holy guacamole, there are some great jammies out there!

Yes, this is going to be yet another list of Things I Want. I can’t help but notice that nobody has picked up on my oh-so-subtle hints and bought me any of the other things I posted about. Well, except Kurt. He’s just better than everyone else.

Anyway, doing “research” (listening to scratchy old timey blues while browsing the internet), I’ve discovered that grown up options for sleepwear fall into a couple of camps. There are the companies that want you to embrace your adult-hood, and spend Sunday mornings lounging in crisp linen sheets with the New York Times and 100% pure silk pajamas.

To be perfectly fair, if someone offered me this artfully-unkempt life, well, I wouldn’t say no.

Then there are the folks who think “bedtime” and their first thoughts aren’t all about sleeping. I’m pretty sure these are the same people selling all those “sexy bus driver” costumes on Halloween.

Because nothing says romance quite like “sexy circus tent.”

If you haven’t seen How I Met Your Mother, 1) What’s wrong with you? and 2) Your mind won’t have gone straight to silk suit pajamas. The rest of us are helpless to resist this dashing option, perfect for the man (or woman) who wants you to know they take all their business seriously.

They couldn’t even get it un-wrinkled for the product shot.

Of course, if that’s not formal enough for you, there’s always the next step up:

But let’s get real. We’re not here for any of those options. Nope. We’re here for the straight-up-ridiculous world of FOOTIE JAMMIES.

Some of them let you live out your childhood.

Others are the only choice for the true pothead connoisseur.

Woah, dude… I think I can hear your pajamas…

Then there are the costumes. So, so many costumes. Because you shouldn’t have to compromise on comfort just to be the coolest kid on the block.

I genuinely cannot explain how excited my kid would be if his dad wore this.

Yeah, yeah, there are engineering and medical options too, but come on, OBVIOUSLY you go for the Picard uniform…. oh… um… is my nerd showing?

It will not come as a surprise to you that the internet is awash in adorable animals, and no corner shall be spared. Luckily, that leads us to the inevitable invention of sloth jammies, and I’m genuinely considering buying one of these.

The only problem: if I wore this, would I have to hide from the entire city suddenly wanting to cuddle me?

HOLD THE PHONE, HERE’S A LEMUR WITH A TAIL. 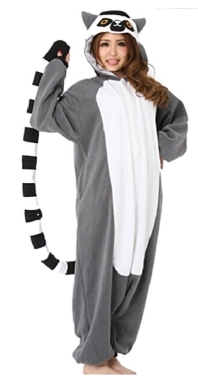 If you ever have the option, always go for the tail.

Then there are some options that are just straight up aspirational. You can be an astronaut! Or a firefighter! Or, and this is critical, a wizard! 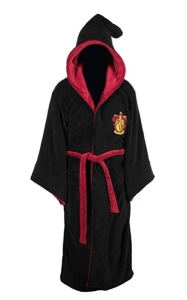 Yes, I know, it’s a bathrobe, but look at how badass you’d be in this thing!

And, finally, there’s the best option out there. Because since I became a mother, it became abundantly obvious to me that I have a new reason to live: to embarrass my offspring whenever possible. Not only would forcing everyone to wear matching jammies with butt-flaps be the perfect picture to break out later when the kid brings home his first date, but the husband would hate it too! It would just be so good! 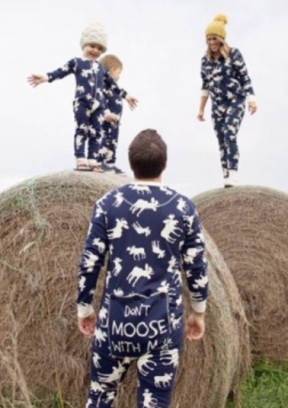 Bonus points if there are groan-worthy dad jokes across the butt flap.

And, of course, if you’re committing then you have to include every member of your family, bipedal or otherwise. 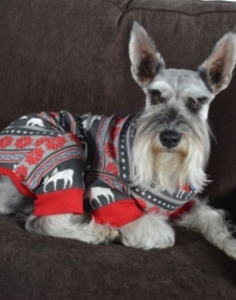 This is seriously the most pissed-off dog I’ve ever seen.

So there you have it! All the best in modern sleepwear technology, just waiting for you to wrap yourself in blissful softness and drift off to dreamland.

PS Urban Dictionary informs me that “jammie” can mean a whole bunch of things, so to be clear: I’m talking about pajamas. If that wasn’t already abundantly clear, then I did a really bad job writing this post.