So! Day three of single parenting, and I’m obviously killing it!

That’s the most goddamn beautiful sentence I’ve ever heard.

I’m going back to what I said before. Killing. It.

Okay, there may have been one or two minor changes to our daily routine, without a real grownup to keep us in check. (You hear that, Handsome Husband? You’re officially the real grownup in our household.)

We eat pizza. Like, a lot. Like, when exactly does pepperoni become a toxin in your system? If we eat our weight in toppings, should I be on the phone with Poison Control? Have I permanently ruined the Kraken’s kidneys with this much salt & nitrates? Are the kidneys even the organs that process those things? Obviously I’m not worried about the more minor health implications of morbid obesity or coronary blockage, I just want to make sure that we’re not in the hospital when his dad gets back. Even if we wind up there the next day, then I can put 50% of the blame on him. Just not on my watch! 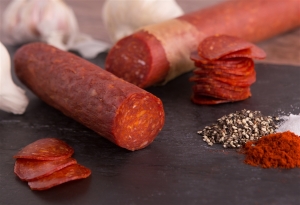 Come to think of it, I should probably just hand him a whole stick of it. You know, take out the middle man.

Then there’s been the TV. All right, so I totally believe all those experts that say limiting screen time is best. And we do! You should see our living room right now – there are literally books & plastic toy knights blocking the TV. #Proud

Buuuuuuuuuuut… he really likes Mythbusters. A lot. I can’t blame him; explosions are fun! We avoid anything that makes guns look cool (so basically half the episodes are out the window), and we have a lot of conversations about how they do tests on a dummy, instead of a real person, so nobody gets hurt. But I can’t help but worry a little bit, when he gets that certain gleam in his eye. You can’t tell me a preschooler wouldn’t “experiment” with setting firecrackers off inside, just to see what would happen, even before the people on TV said it was okay.

Even more worryingly, I found this image on a site about HOW TO MAKE YOUR OWN FIRECRACKERS AT HOME

Then there’s Kung Fu Panda. Jack Black is delightful! Dustin Hoffman in the role he was born to play: a red panda! Plotlines that are resolved by finding inner balance, and the power of chi! What’s not to love?

Honestly? I can see it.

First off, as any parent will tell you, once you’ve got all three of the movies – and the shorts! – memorized, they stop being quite so darling.

But I suspect it’s also teaching him a little kung fu. Cartoon kung fu, but even so; yesterday he kicked a stuffed animal off a shelf with waaaaaaay too much poise and balance for my liking. I can’t have a child who is capable of beating me in a fight. THAT’S MY ONLY SOURCE OF AUTHORITY.

Actually, now that I think of it though, that might have been a fabulous fan kick. Huh. Is he a death machine, or destined for Broadway?

It never occurred to me before just how dangerous the Rockettes could be!

Finally, there’s the laziness level. It turns out that being a good role model involves doing things you don’t want to do either, and dinner is where that all goes down. You sit politely at the table, eat your vegetables, and keep all phones in pockets. You friggin’ keep it together.

But my carefully constructed house of cards is falling down. He finally knows the deep, dark truth: I don’t want to do that stuff either.

There’s a lot of eating on the floor, is what I’m saying.

Not, like, on the floor! Gross! There are still plates! I’m not an animal! (Note: our cats far prefer to eat off plates too, so that’s probably maligning the animal community) 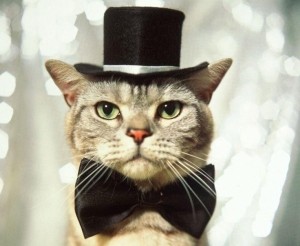 Then again, our cats have more than one bow tie collection to choose from, so they might not be what you’d call “normal.”

The point here is that the Kraken has caught on. He finally knows that really nobody wants to behave like a proper adult.

Shit. I hope he doesn’t use that against me.