In order to understand this story, you should understand that my uncle is infinitely cooler and more in-the-know than your average 23 year old. I genuinely don’t understand how, exactly, he manages that, but trust me, if you ever get the chance, you want him as your tour guide.

I should also mention he’s probably reading this, and disagreeing with every word. Only the truly cool people don’t know how cool they are.

At any rate, there was one time when I was 19 when we accidentally wound up in the belly of a cult. It was pretty tasty!

We were in San Francisco, which isn’t nearly as flower-child-y as it once was, but I’m going to go out on a limb and say there’s probably a higher ratio of cults-per-capita there than in other major cities. Hell, I once went over to a friend’s mom’s house to help run an errand, and found out this perfectly normal lady I had known for quite some time also happened to have pictures of her guru on every surface of her household.

“Oh yeah, when I was a kid my mom made us move to India one year so that she could meditate with her guru. I was miserable because I wasn’t allowed to bring my gameboy,” said my friend, as if this was the major take-away from being uprooted to another continent to see if an old woman can help you achieve enlightenment.

That’s actually completely unrelated to this story, I’m just laying the backdrop. Setting up a certain ambiance, if you will. Basically, shit is weird around here.

So! Back to San Francisco, where my uncle and I were standing on a sidewalk, wondering where we could get some dinner nearby. A friend of his recommended this restaurant down the street as one of the best places for vegetarian food in town. “It’s… a little weird, but I promise, the food is delicious,” she warned.

I don’t know about you, but when I hear “a little weird” I imagine there’s going to be roller-skating drag queens taking my order. Or maybe a bunch of taxidermied trout decorating the walls. Which probably says a lot about the kinds of places I enjoy, but I think we can all agree that “a little weird” is not an adequate description of what was to come. 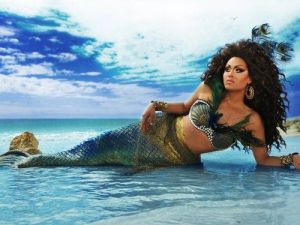 My ideal restaurant would combine fish and drag queens, obviously.

First off, this place was bare. Like, ready to pack up and move at a moment’s notice bare. There were nondescript standard-issue cheap chairs and tables, white walls, and florescent lights. It felt like an abandoned, slightly depressing office space that someone had mysteriously decided to use for food service. I never realized that there’s a certain amount of polish you expect from a space where you’ll be eating, but this place did not have that.

What it did have were servers all in orange scrubs.

Okay, I’m sure there was a better name for the clothes they were wearing, but honestly, they were that same cheap material, that same baggy unisex fit, that same this-looks-good-on-nobody feel as hospital scrubs. Only they were saffron orange. So more like the Fashion Week version of scrubs, I guess?

Apparently someone already thought of that.

The next thing I noticed were the pictures on the walls. Mostly, everything was bare and decorated, but every so often there was a small framed picture of a man wearing much nicer clothing in that same saffron color. Usually he was just posing, doing his best to look magnificent, up close so you could appreciate his unusually thin beard, then farther away, so his Superman pose was adequately conveyed. I think there was maybe one photo that included anyone else in the shot, but they were basically props, proving that this was a guy surrounded by people who seriously adored him.

I thought we had walked into the wrong door, but there were maybe three other regular people there, eating off regular plates with the pajama people bringing them extra water. Which… seems like a restaurant thing? Eventually we sat down, and waited for maybe a waiter, or maybe a lengthy harangue about how our chakras were closed off. Or maybe suspicious Koolaid. It was unclear. 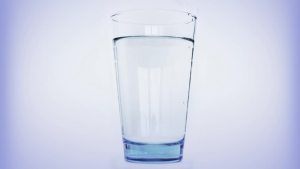 Luckily, it was the former, and there were even laminated menus, which, as everyone knows, means that a restaurant is well-established. You don’t invest in lamination till you’ve got your act together.

While we waited for the food to arrive I started to relax a little, allowing myself to openly gawk (whereas before I was surreptitiously investigating), which is when I noticed the TVs. They were all mounted high in the air above everyone’s heads, so somehow I hadn’t seen them when we came in. All of them had their sound turned off, and each one was showing a different video, some clearly from the 60s or 70s, but at least one looking fairly modern, and they were all of the guy from the pictures. He was demonstrating what I can only describe as Incredible Feats of Strength.

Usually, when I think of the guru at the head of a cult, I imagine someone serenely manipulating people, telling their followers they have magical powers but just don’t feel like showing them right now. I don’t imagine a man who clearly lifts weights, and I definitely don’t imagine him doing circus-style stunts to impress people. 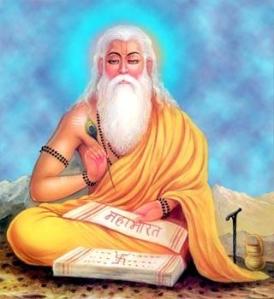 To be fair, I do expect both gurus and circus performers to have impressive facial hair.

In one video, he was lifting a bench with a dozen people on it, who were obviously delighted by the entire thing, clapping like tourists. In another, he had an admittedly compact car up in the air. But he was balancing it on his chin, so I think we can forgive him that it wasn’t an SUV. The best one had him lifting a plane into the air; for some reason, I got the feeling that the onlookers hadn’t actually known he was going to do that, and didn’t entirely appreciate having their aircraft manhandled.

Eventually, our food came out, and it was shockingly good. Like, I didn’t know chickpeas could sing in your mouth levels of good. They were the best samosas I ever had. We were pretty well shut up by the levels of yummy-ness that was in front of us. Obviously these people understood something the rest of us didn’t, even if it was just the proper use of coriander.

My third eye says this hollandaise is perfect!

Our waiter seemed… surprisingly normal too. Just some dude, in his 20s, genuinely kind and professional, happy to chat. So of course I asked him what was going on. I mean, I didn’t say, “So, are you in a cult or what?” but I definitely blurted out something about this guy’s picture everywhere, and the videos of him performing Incredible Feats of Strength.

“Yes, Bob. He’s the one behind all this,” he said, waving at the weirdly sterile room and beaming with pride. “He’s taught us so much.”

“Are you interested? Let me get you a brochure!” 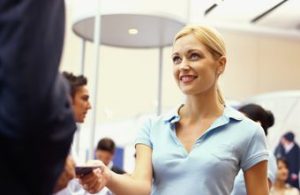 The cold, lifeless eyes of anyone holding a brochure.

Now, again, I don’t know much about cults, but for some reason I feel like handing someone a brochure isn’t the way to draw them into your weird religion. The word “brochure” itself just screams “a quick guide to your new retirement home,” not so much “we have achieved enlightenment and want to share our inner peace with you.” Which is not to say I turned down that brochure. I was delighted to finally be getting a few answers about this place!

The brochure gave almost no answers.

We learned this guy, Bob, was from India, at some point he got a degree in business school, and he understood the one true path to inner peace. There were a couple of pictures of slightly confused looking diplomats shaking his hand, and another of a huge crowd of his followers, raising their arms up to praise him and whatever the hell it was he stood for. General cosmic harmony, at a guess? It also mentioned that animal flesh poisons your body, offering proof that Bob was 75 and The Healthiest Person On The Planet, because he had never ever partaken of any food that wasn’t grown in the ground. But there wasn’t any mention of Incredible Feats of Strength. So, of course, I indelicately asked the waiter.

“Isn’t it marvelous?” he gushed, “He’d held lots of records.”

“Records for weightlifting?” I guessed.

“For lifting, pulling, all sorts of things! He’s the Strongest Person on the Planet, though obviously he hasn’t been doing any big stunts for several years, now that he’s older.” 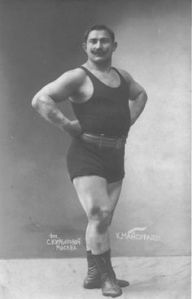 Not an actual picture of Bob, but you get the idea.

The waiter beamed again, and explained they were closing. At 8:00 on a Friday night, in the middle of downtown San Francisco. They didn’t exactly push us out the door, but it was pretty apparent they were impatient to be off to whatever weird ceremonies they had planned in the back. Maybe they were going to practice lifting smaller things, like armchairs, or a stack of very heavy books?

I’ll never know, because a year later, when I tried to go back to find the cult with their absurdly delicious food and strange weightlifting entertainment, they were gone. I’m pretty sure the friend I had dragged with me was convinced I made the whole thing up. But I didn’t! It was all true! And somewhere out there, I’m sure Bob is still doing his thing, an octogenarian lifting construction equipment high above his head.

He’s still got it!

*I can’t remember the guru’s name. It was definitely NOT Bob.