When our Kraken was a newborn grub, we bought one of those alarm systems that you stick on a baby, and if the goblin stops breathing (or the device falls off), a big loud alarm goes off, and… uh… I guess you know? Now that I think of it, I’m not sure what I would do in that situation. Infant CPR? Panic? I guess at the time I thought that he needed me to be alert at all times to keep him alive, so by extension if I woke up then he would instantly be fine, through the miracle healing powers of my own exhaustion?

It was a weird time.

Honey, I think we need another baby camera.
#NotJoking

Every medical professional I’ve talked to says those things are scams, wastes of money for sleep-deprived parents who don’t know better. There’s no evidence to back up any sort of lower SIDS rate if you use them, and no reason to think that you even really need one. There’s a long, long list of all the ways that The Man gets you to spend stupid amounts of money on things when you’re too high off hormones to think straight, but this is probably near the top. “Peace of mind” isn’t a reason to buy this piece of junk.

Except! Oh, except my dear, sweet, well-meaning, stupid medical professionals. Except. At home, alone, terrified that I was somehow the grown-up in charge, wondering how the hell I got in this situation, it was impossible for me to fall asleep. I’m pretty sure there’s some cave man biology going on there, where your lizard brain knows it needs to keep you awake and watching for wolves that might sneak in and attack.

To be fair, if I was a wolf, I’m pretty sure a sleeping mom and her newborn would be delicious. I really can’t blame the wolf.

Their babies are also a lot cuter and fuzzier than ours. It’s just a fact.

More than the whole wolf-thing though, I was horrified by the idea of SIDS. Did our parents worry about it to the same level? Everywhere you look, on every piece of baby anything, there’s a warning about suffocation. The entire baby-industrial establishment wants to make sure you get reminded at least three times a day that this squirming creature you worked so fucking hard to make could just stop breathing at any second, without any warning. ANY SECOND. And nobody really knows why, so, you know, just keep that from happening. No biggie.

You know what’s really, really hard to get out of your mind? The mental image of going to pick up a baby, and finding out it’s dead. That’s some fucked up shit you can never un-imagine.

Which is a long, roundabout way of saying that whenever someone told me, “Sleep when the baby sleeps!” I would scream, “I WOULD REALLY LIKE TO.” I probably had crazy eyes. 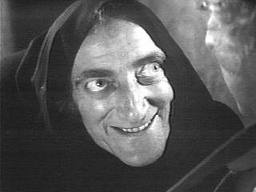 So. An alarm system for you baby. Like a car alarm, I’m pretty sure it’s never actually helped anyone, but for some reason even knowing that I still feel better knowing it’s there. I could tell myself that if I relaxed my extreme vigilance for a bit, I wasn’t willingly trusting a half-formed human to the cold, indifferent universe. I mean, I was, but at least there was something loud that would maybe alert me to any oncoming comets?

That… was not my best metaphor.

What I’m trying to say is that, even though on the face of it these things are totally worthless, they also have an enormous value. The value of false confidence, when you can’t make any of your own. The value of the kind of advanced surveillance system I might expect from a prison. The value of sleep.

It’s so beautiful, I can barely stand to look at it