Let’s be real: all children are natural born dictators. We can either waste all our energy, fighting on against the tide, or we can lean into it, and think about how, when our offspring has taken over the world, we’ll never have to do laundry again! Hopefully.

To that end, I’ve compiled a modest reading selection to prepare your budding little megalomaniac for her future career of world domination.

If leading by example is a good strategy for parenting, then this book is sure to get your kid on any international most-wanted list! Bond-villain-style weasels try to take over the world, hit a brief hiccup in their plans, and then… they do it. They conquer the world, and make their own flag, and print their own money, and it’s great. Also, they’re obsessed with coffee. Basically, these weasels are my spirit animals.

Louise, The Adventures of a Chicken

French poultry yearning for discovery and adventure, hooking up with pirates, the circus, and breaking free of what appears to be a Middle Eastern prison cell, even though she technically doesn’t hatch (get it?) any evil plans, it’s pretty obviously just a matter of time. Warning: This book is hella long, and if your kid is anything like mine reading it in installments will be unacceptable. 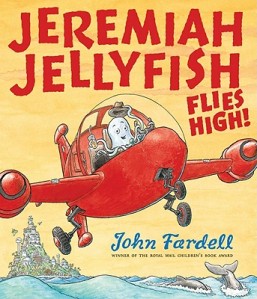 A jellyfish with higher aspirations becomes the leader of a multi-national corporation. And let’s be realistic, becoming CEO might give your mini-me even more power than a full on military coup.

Maybe your kiddo will want to manipulate the system to achieve the highest echelons of power. In that case, she’d better start learning now that the most important part of being a politician is learning how to charm the public. Duck For President makes a solid case for this too, plus it’s got a 90’s Bill Clinton reference that will go way over their heads. 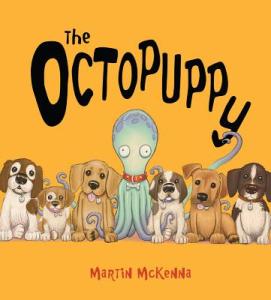 This is a book about embracing who you are, no matter what, which your diminutive dictator is going to have to embrace, seeing as school and Sesame Street are all about teaching him that dominating everyone around you is bad for some reason. Bonus: an octopus is a tried-and-true Villain Pet.

This is really just to remind your spawn what she already knows: babies are the ultimate puppet masters, making everyone around them dance for their amusement. Make sure your future president-for-life understands the immense power she yields, and learns to never give it up.

And there you have it! My list of some reading to get your goblin off on the right foot, ready to carpe the hell out of that diem, and maybe that orbis too.

…Orbis means “world” in Latin. “Carpe diem” means “seize the day,” so “carpe orbis” would be “seize the world.” Right? I mean, I sort of extrapolated here, and have no knowledge of Latin whatsoever, so maybe not. Crap. Probably not. Odds are I’m somehow saying something like, “My aunt was a cucumber.” Language isn’t really my thing, which is another good reason to take over the world: make everyone else speak your language, and never have these kinds of translation problems again! 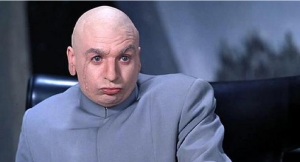 You had to know this picture was coming eventually.