This week the Handsome Husband and I had our ten year anniversary.

Which is mostly weird because it means we’ve been adults for over a decade.

A quick aside: I measure our anniversary from when we started dating, because it’s pretty weird to throw half a decade of your life out the window just because we hadn’t informed the federal government we wanted to get hitched yet. Back when courting meant “once a week you sit on separate pieces of furniture while a female relative watches discreetly from a corner to make sure you don’t get up to anything,” then it probably didn’t make sense to include that part in the anniversary calculations. Because that wasn’t so much “relationship” as “polite conversation I have with someone in line at Peet’s.” But, since we don’t live 100 years ago, and frequently have the audacity to sit on the same couch, I think it’s okay to include the dating years in the mix.

It’s okay, there wasn’t room for anyone but that dress on the couch anyway.

Anyway, ten years feels like a big deal, if only because it’s a nice round number, so in honor of this momentous moment, I’m… writing a blog post.

I’m such a romantic!

Here are come of the things that I think have some bearing on why I like being married to this guy.

Not sure if this is really something you can consciously choose, but we both feel like we were the winning end of the relationship lottery. At least once a week one of us informs the other that they’ve been tricked into marrying below their station, but it’s too late to back out now, sucker!

An accurate representation of my love.

Sure, babies are nice and all, but if you really want to fall in love with someone, watch him play with a kitten for an hour.

Pretty sure the universe requires me to give fair time to both. 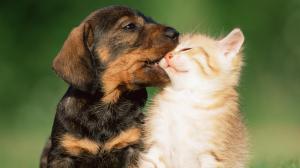 WHY WOULD YOU MAKE ME CHOOSE? WHAT KIND OF A MONSTER ARE YOU?

Just before our wedding I read a goofy article on Cracked about how the best relationships are really just buddy cop comedies, and it was a serious revelation to me. Staring lovingly into each others’ eyes over a candlelit table is important, don’t get me wrong, but knowing you can work together as a team when your toilet overflows at 2am is really, really important.

And please, just because I mentioned Mel Gibson, DON’T BE LIKE MEL GIBSON.

Unless you can nail this hair.

You know what’s great about being in a long-term relationship? You get all the food your partner doesn’t want! The Handsome Husband treats specks of mushroom like they’re made of fungus (oh… wait…), and he thinks fresh tomatoes have a weird texture. GUESS WHO GETS TO EAT ALL HIS TOMATOES AND MUSHROOMS? Pro tip: if you can find someone who doesn’t like french fries, marry that bastard.

Whether it’s a love of Doctor Who, Star Trek, or the glee of discovering something called “Bladesgiving” on tv after all the turkey’s been eaten, find someone who will be as full of glee as you are. Sure, you don’t have to share all your same loves, that would be boring, but finding a dumb thing you can both get excited over is pretty damn spectacular.

Incidentally, Bladesgiving was a marathon of a reality TV competition between blacksmiths. It was spectacular, and when my parents saw our joy they just shook their heads and said, “At least you two understand each other.” 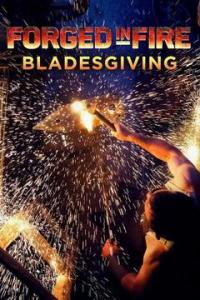 Don’t tell me you aren’t intrigued!

I once complained to a therapist that the Handsome Husband didn’t push me enough: “It’s so annoying! It’s like, he loves me just for who I am, no matter what I do!” She stared at me silently for a full two minutes before tactfully pointing out that I was a dumbass, and most people spend their whole lives looking for just that.

To clarify: I am, in fact, a total dumbass.

Let it all go! I’m not saying give up entirely on your physical appearance or anything, but if you can’t walk around your own house in a ratty old tee shirt, tangled hair, and the pathetic remains of yesterday’s makeup smeared everywhere, then you’re not living your best life.

Don’t listen to this mutant’s lies

Okay, so that’s my deep and meaningful wisdom from my lofty, aged perspective in my mid-30s. No one has ever been as wise as I am, and there is no way I will look back on myself in forty years and wonder what the hell was wrong with me, thinking 10 years was a long time. I AM A PARAGON OF SAGE ADVICE. HEED MY WORDS.