A few days ago, my dad got mysteriously sick. Like, kid-from-The-Exorcist levels of sick. Luckily, he wasn’t possessed by Satan himself, and I’m relatively sure none of the furniture started moving on its own, but it was still a bad scene. 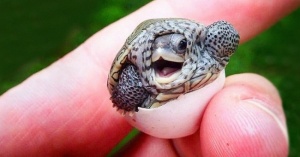 That movie was disturbing, so here’s a baby turtle instead!

Now, my parents’ house (the house I grew up in) has exactly 1.3 billion stairs to get to the front door. The house is built into the side of a hill, because we like to live dangerously out in the suburbs! And normally, the biggest problem those stairs pose are when it’s time to bring in the groceries, or get the Christmas tree up in one piece. But my dad was sick to the point where he couldn’t do the stairs on his own, so my mom called in reinforcements, in the form of my strapping young husband. 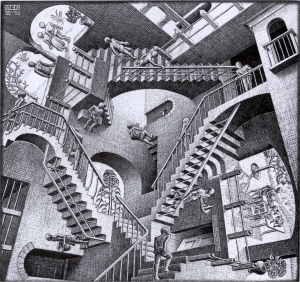 It was a huge pain in the ass when they got a new sofa too.

Which was GREAT. I’m so glad they asked him to help (okay, they didn’t have a lot of options, but still). He drove to the hospital with them too, to help my dad hobble into the ER, because he’s an excellent son-in-law.

The problem is that I was stuck at home, doing nothing.

I feel your pain, Daffy.

Oh sure, technically I was “making sure the child didn’t wake up in the middle of the night and set the cats on fire,” but that mostly meant staring at our baby surveillance system with Netflix to keep me company.

Turns out, I really don’t like being stuck with no part to play in an emergency. I also don’t deal well when I don’t have all the information, all the time, because I’m that person, so the combined effect wasn’t so good. By the time the Handsome Husband got home with an update, I was literally sitting on the edge of my seat, surrounded by the ipad, phone, other ipad, and tv, all simultaneously trying to distract me, covered in cats (they sense emotional weakness and go in for the belly rubs, every time), and twitching.

It’s not a good sign if all the relevant .gifs for your life come from Loony Tunes.

The second he walked in the door he got pelted with, “Ohmygodwhat’sgoingonisheokaywhathappenedwhatdidthedoctorssayisitavirusorsomethingserioushowsmymomdoingaretheyseeinghimyetorishestillwaiting?”

Somehow, he figured out where the punctuation in that sentence went, and told me what he knew, but the next day I was on the phone every five minutes, harassing my mom.

“Are they giving him medication?”

My phone, seen here desperately trying to keep up.

Yes, I was selfish in the way only a kid can truly be with her parent, demanding attention that my mom obviously needed to devote to things other than constant text messages. I offered help so often that I think the most helpful thing I could have done would have been to stop offering help. I slept with my phone like some sort of goddamned teddy bear.

At least I was considerate enough to tuck it in. 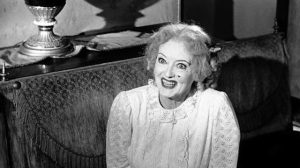 Here’s the thing: I’m not used to this. It finally occurred to me that, for the past four years, all the emergencies have been mine. I was the one with never-ending morning sickness, childbirth, C-section, the flu with a 2 month old, The Incredible Escaping IUD, the flu with a 4 month old, and so forth. Hell, I’m even the one most likely to need a band aid around here, because the preschooler is weirdly good at keeping track of his surroundings, and I’m weirdly… not.

My revelation here might be crazily obvious to everyone but myself, but it snuck up on me from behind. It’s actually easier to be the one having the emergency. Oh sure, stabbing pain as a piece of plastic burrows happily into your internal organs isn’t exactly a picnic, but it sort of focuses you and frees you. You don’t need to be taking care of anything else, you’re the center of attention, and, and I cannot stress this enough, you’re usually given the most information out of everyone.

Seriously. You don’t understand how important it is for me to know what’s going on. I’m Hermione Granger with OCD. 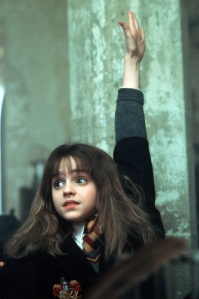 It turns out, I’m hella selfish. It’s not that I want anything bad to happen to me, but it’s just so much simpler! I don’t do passive well, and I certainly don’t know how to be patient.

So, from now on, here’s the deal I’m making with the Universe: can the emergencies all just happen to me? This has nothing to do with altruism. I just can’t deal with the other side.