There are some things that are just so weird, so foreign, that you literally cannot comprehend them. Seriously, go ahead and try. I dare you.

The Universe is expanding… into what?

Remember when you were a little kid, and they told you that the universe went on to infinity? And then you used to concept of infinity to prove that someone was the biggest booger-brain times infinity plus one? Did you ever stop and think what infinity actually would be? Personally, my brain tends to check out around now to go see if there’s some leftover pizza in the fridge. Then it turns out that the universe is expanding. So this thing that’s really, really, unfathomably huge is A) getting bigger somehow, and critically B) there’s something beyond it. A lot of something beyond it. And what is that something? This is the point where I start to get dizzy.

Let’s start out with the obvious “ooooh… freaky!” moment here: nobody knows why we sleep, but if we don’t sleep we die. Is it just me, or would that be a seriously freaky plot development in a Science Fiction movie? The crew all inexplicably develop a need to spin in circles once an hour. No real idea why they need to, but if they don’t they fall over stone-cold. The ship’s captain would be all over that mystery, but we as a species seem to be fine with the idea that sleep is normal. Well, except for my beloved xkcd. They know better.

But I digress. Sleep is pretty interesting, but let’s take it to the next level: dolphins. That’s right. Dolphins. Those cute little critters that do flips in the air for fish also only sleep with one side of their brain at a time. And sure, that makes sense – if they fell completely asleep they’d drown – but it brings up several pivotal questions. Was there a point in evolution where their ancestors would just get kind of groggy because 2/3 of their brain slept at once? Can you physically imagine what it would be like to be half asleep, not in the way you felt in first period algebra, but in a way where half your thought processes won’t function? Would you dream, and if so would that mean half-sleep is like a really weird acid trip where you’re seeing the real world and the dream world at the same time? Are dolphins capable of destroying us all, but can’t be bothered??

it's either a unicorn or a flying saucer...

This is one that always gets to me: scientists theorize that apart from a few of the great apes, pretty much nobody else but us has a sense of self. I know your puppy is totally aware of his own unique place in this world and in your heart, but – again, this is according to scientists, don’t shoot the messenger – he doesn’t really realize he exists. I don’t even know how to explain this one because I can’t really understand it myself. How can you exist, but not know you exist? How can you go through life never realizing you are a unique and beautiful butterfly? I’m special, dammit!!

*ahem* Sorry about that. Got a little carried away. Moving on…

behind these eyes there's a deep existential crisis brewing 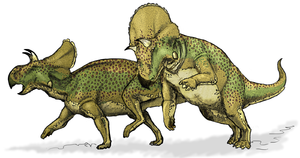 One thought on “You Cannot Even Begin to Comprehend This Stuff”