I hated high school. Just like every other human on the planet (Or at least those lucky enough to live in first world countries where things like “high school” are an option instead of “having babies when you’re 12, strapping them to your back, and going to pick soy beans for ten hours without a break, all the while hoping that the guerrilla fighters in the jungle don’t decide to throw a grenade into the middle of the field.” Yes, I try to keep my problems in perspective). Part of the reason was I loved reading books and wanted to have deep conversations about poetry, but mostly it was because I was scared of everyone I thought was cooler than me.

they're probably whispering about how uncool it is to read

Which was basically every girl on campus, with a few notable exceptions that I recognized were actually weirder than me, but they were all mean to me so I stayed away from them because I sure as hell was not going to start wearing all black and cut myself in order to fit in, thankyouverymuch. And also every boy, ever. If you had a penis I was terrified of you from the age of 11 to 18.

This is probably where I should thank college for teaching me that penises are way more scared of you than you are of them… but that’s a whole different story.

"We all lost our virginity, and you can too!"

Anyway, my point here is that I never had a boyfriend in high school, and even though I tried to play it off that I was below such mundane things the truth was I was just pretty sure that all boys knew I was a complete geek and would laugh me off the face of the planet, dooming me to live forever in a shame-spiral that would probably lead to my inevitable death. Yes, I had pretty rockin’ boobs, and no I did not realize that’s all boys cared about. I thought they were still aware of things like “social standing” and “ability to speak English” when in the presence of cleavage.

So I spent all of high school sort of avoiding eye contact with the opposite sex, then in college dated way below my hotness level to get a sense of how these things were done because I was not about to risk looking dumb in front of someone I actually liked.

And now I’m 28, in a long-term relationship, and about to get married to the sort of man I used to daydream about in middle school. All tall and hot and blonde-haired blue-eyed. Basically the poster boy for the Aryan race, except he’s Polish, so he’d have had to have convinced the Nazis he was really German and had just wandered off and gotten lost in the wrong country. Or something. 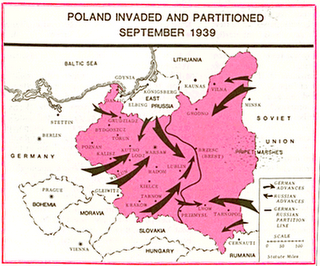 Okay, so I’m not 100% sure what my point here is. Maybe something along the lines of the “It Gets Better” campaign (which is amazing and fabulous in all ways), only for nerds instead of gay teenagers? Or just to marvel at the fact that I managed to get to this point in my life like a regular person, despite all the early evidence to the contrary? Or maybe I should just come out with it, and thank my boobs for making up for all my social shortcomings.

Yep, I think that’s it. Thank you, breasts, for managing to overcome my painful shyness and find me a super-rad fiancé. I owe you a really nice bra.