When I was pregnant, I imagined a lot of different scenarios for how my baby was going to turn out. Maybe he wouldn’t have arms, or would be a sociopath without human emotion, or maybe he’d be tone deaf and never appreciate the B-52s properly. The biggest, scariest thing I could think of, though, was that he might not like books. How could I possibly bond with a child whose world didn’t revolve around books? I already had a pretty substantial children’s book collection, with everything I loved when I was a kid. Who would I share them with, if my offspring couldn’t care less??

I literally lost sleep over this.

Eventually, I got over it. By freaking myself out with an even worse scenario.

WHAT IF MY CHILD DOESN’T BELIEVE IN THE MOON LANDING?!

Think of everything that’s wrapped up in that. Science! History! Occam’s razor! Putting our species on the moon is incredible, it’s an achievement that’s easy to take for granted, but is also completely insane. We stuck some dudes in a box at the end of an explosion so big it blew them off the face of the planet. And somehow aimed that thing so that it hit one point in a literal infinity of space. And then made them person-bubbles that let them walk around without, you know, dying. In space, without any of the circumstances that all life as we know it has evolved to require. And then we flipping stuck them back into their little box at the end of another explosion, and managed to somehow get them back home. Without killing anyone! That is some seriously cool shit, yo!

So the science behind it has got to be pretty cool. And when I say, “pretty cool,” I of course mean, “I can’t understand 95% of it, but the tiny bit I do get blows my mind with how incredibly smart people are.” And, I cannot be clear enough about this, science is my jam. I think the Scientific Method is another one of those major feats of humanity. Molecules and dinosaurs are endlessly fascinating to me. If I could live at the Natural History Museum, I would be a happy camper. 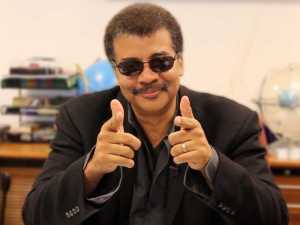 Maybe then Neil would finally be friends with me

All of that means that any kid of mine who thinks science is a hoax, or anything other than awe-inspiringly magnificent, is out of the will.

Then there’s the history. There’s so much there, with the Space Race and the Cold War and JFK. The stories about other peoples’ lives are exciting even when they’re just gossip about the neighbor, much less sweeping epics about the men and women who worked against the odds to accomplish something that had never been done before, all under the looming threat of nuclear annihilation. I’m not saying that crazy conspiracy theorists don’t also have some pretty fantastic stories about what went down in their alternative universe, but come on, when the truth is this good why do we need to make up new stuff?

Even the art from the Space Race is cool!

Finally, Occam’s Razor. The US government kept something that huge, requiring that many peoples’ involvement, hushed up completely for this long? Sound stages and special cameras and rigs to make the astronauts look like there’s less gravity? That somehow makes more sense to you?

Just, no. That’s not okay. People landed on the moon, you guys. Several of them. And if any offspring of mine decide they don’t believe it, they aren’t invited to Thanksgiving anymore. End of story. 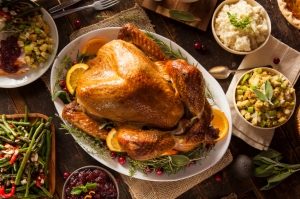 2 thoughts on “The Moon Landing Happened”