I mentioned to a MomFriend about how many books that I read when I was younger mean totally different things to me, now that I’m a parent, and she said we should keep a list and make a book club. But I tried to organize a book club once before, and found out that it’s actually really hard and annoying to get everyone to actually read the same book at the same time, and that everyone likes the idea of a book club more than actually having one.

Including me! I love the idea of a book club! Because I’m a leader, and telling people what to read is basically my favorite thing.

So, for absolutely no one’s enjoyment other than my own, here’s a list of books that are so, so totally different than when I first read them.

The book that triggered this whole idea, and I guess in retrospect a pretty obvious one. The first time I read this I was only a few years older than the kids in the book, and my interest in Africa was purely intellectual. Then my Roommate moved to Africa with the Peace Corps, and even though I know I don’t actually understand more than a grain of the continent, and that the continent itself isn’t just one contiguous mass, reading her letters and going to visit her did give me a tiny inkling of the depth of history there.

Oh yeah, and I got to go on safari, which, you guys, seriously? So kick-ass.

And I found out that monkeys are totally Africa’s answer to squirrels, that I can drive a stick shift on the left side of the road, and that, given the option, a startling number of middle aged men will wear Very Short Shorts.

Exactly the opposite of this.

So even though the whole point of the book is that these people are people, I’m not sure I was actually thinking of them that way. It takes the father of your friend’s teenage student giving you a chicken in a sack to really bring that point home.

Um, and also I’m a parent now, and I really want to punch some people in this book in the face. 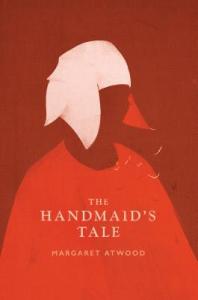 Yep, another obvious one. Look, I’ve only had one cup of coffee so far, okay?

I think I first read this in 8th grade, and let’s all be perfectly clear here: a middle school student has no more concept of what motherhood is like than my cat understands what it’s like to fly. In that they both totally think they’ve got the entire thing down, but for some reason the laws of physics keep getting in the way. Or… something… That metaphor might have worked better before I started spelling it out.

“I told you motherfuckers I had superpowers!”

I’m not proud of it! My brain wasn’t formed yet! Gawd you guys are so judgmental.

All of Jane Austen 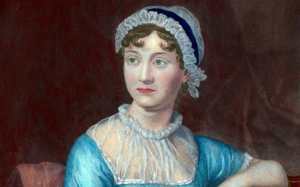 It’s not that I’m not still 100% Team Darcy, and I’m all about turning down Mr. Collins, but can we be real here? I sort of understand why a woman might want to marry someone even if she wasn’t involved in a long and complicated plot of misunderstandings and longing glances.

But how can happiness possibly compare to years of quiet suffering while your less-intelligent sisters are all married off?

Let’s be real here: if you’re getting married when you’re 19, and you have no legal control over your own life, finding someone dependable, likable, and comfortable enough you won’t spend your entire life wearing the skin off your hands doing laundry… yeah, that doesn’t sound like a bad plan. Because think back to who you were in love with when you were 19. What if you had married that person, in a time before divorce? I don’t know about you, but I’d probably be a lot more miserable than the girl who married someone her parents sensibly placed in her path during a fête.

Look, I always knew racism was bad, that it hurt and killed and crushed whole worlds. But I think I was young, naive, and White enough to think it was getting better? Not that I don’t still think things are better than the Civil War-era South, but I kind of didn’t get the implications of race in Faulkner.

Then again, he was a relatively privileged White man, living in the South before the Civil Rights Movement. I’m not so sure he really understood it all that well either. 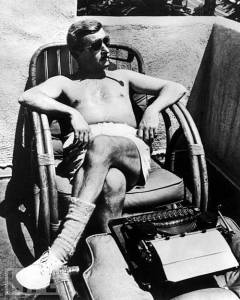 No. Way. You mean to tell me this man wasn’t part of the Black Lives Matter movement?!

Actually, nothing about my eternal love for this book has changed at all. I just try to tell people to drop what they’re doing and read this treasure whenever I get the chance. And what’s a blog, if not a chance to order people around?

I’m not sure if I actually understand what a blog is. 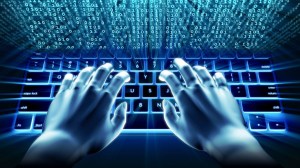 It’s a series of tubes, right?