When we made the decision to reproduce, I had no idea it would involve more deep, philosophical discussions than I had as a freshman in college. No, I don’t mean with my baby daddy/partner-in-crime. I mean with the offspring himself, because it turns out that explaining the basics of the universe is kind of tricky.

Let’s sit on the quad and have deep thoughts!

First came the laws of thermodynamics. “Hot” and “cold” weren’t that hard, though sometimes I think we’re still working on gradations like “warm” or “no, the lukewarm bathwater isn’t going to scald you, please stop turning into a limp noodle every time we try to lower you into it.” Then, we got to the point where cooling off hot food was A Thing, and a whole wide world of hyperventilating from having to blow on every bite before he would touch it opened before us. But I never really questioned any of this stuff. I mean, he just sort of figured gravity out on his own, so these super basic things are pretty self-explanatory, right?

Then one day he asked me to warm something up. Not, like, in the microwave, but just the same way that if I leave a bowl of soup out it’ll cool off. Just, you know, will it into warmth again.

The kid thinks I have control over the basic principals of physics. 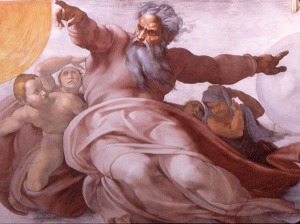 And ever since then, this has been an ongoing conversation. Yes, if left alone, hot things cool off. It’s called entropy, and it’s where we’re all headed in the end. But no, it’ll never heat back up again, no matter how much you use “please” and try the enormous puppy dog eyes.

Why? Why does heat only go one way, and not the other?

Next up is the concept of selfhood and the mind. The first few years of a kid’s life are rooted in the concrete realities in front of them. Hell, it takes them a while before they realize that if they’re not looking directly at something, it’s still there. So I guess I shouldn’t be surprised when I realized that the lilliputian didn’t understand that pretending to be a cat doesn’t entirely negate his existence from the world. As in, his brain was capable of imagining being a cat, but he wasn’t 100% sure that he doesn’t have super powers that creates a reality out of whatever is in his mind, thereby literally turning himself into that cat. Possibly permanently? I think? He was pretty freaked out.

I’d be pretty freaked out if I thought this was my future too.

So then we had to back up to what imagination is, and why playing pretend doesn’t mean that it’s real.

“You see, my sweet little succulent, your mind is a powerful force, and it allows you to imagine whole different ways of being, but your identity isn’t actually altered by pretending to be something else. Although there are some who might argue that, as the self is merely a construction of the mind, by allowing your mind to embrace alternative realities you are essentially deconstructing your selfhood, but even those philosophers would surely draw a line at pretending to be a baby kitty.”

Descartes was an asshole.

Eventually, I just told him that he can pretend to be a kitty and still be himself at the same time, he looked at me like I had just told him it can be simultaneously day and night, and asked if we could just play with blocks now.

Pretty sure the next thing on our list is the idea that a proton is both a wave and a particle at the same time. Or maybe that gas and liquids share the same essential properties of fluid dynamics. Or just the concept of the day after tomorrow. 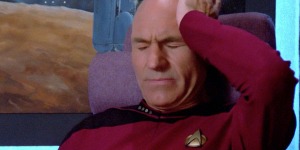