Ever feel like you need some fresh ink on your skin, but can’t think of any good ideas? Don’t worry. I got your back. These are ideas I hastily photoshopped for your enjoyment, based on whatever literary inspiration I could see without getting up from the couch!

I work so hard for you. 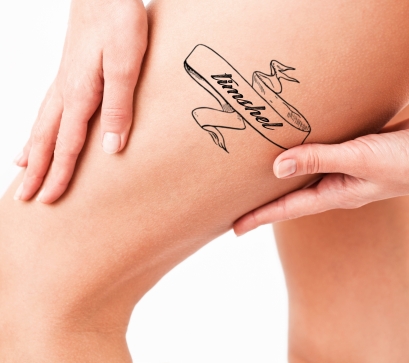 When I was pregnant (re: hormonal) I decided to read all my favorite books, which naturally meant I picked up East of Eden, because it’s like ice cream for my brain!

In the story, there’s a whole theme of all these wise men researching this one Hebrew word from the bible, “timshel,” and how it means “thou may” instead of “thou must.” It’s all terribly deep, therefore I’ve never really cared about it very much (let’s get back to literature’s best psychopath!). But, running high on the emotions of a human cloning machine in my torso, suddenly this was sooooooooooo fucking profound. I was dead set that I needed it on my body FOREVER!

After the beastling got out of my body, and I got my brain back, that suddenly didn’t seem like such an appealing idea anymore. But hey, maybe it still does to you! I’m not here to judge.

People in the Renaissance had never actually seen a rhino, but they weren’t going to let that stop them from writing scientific descriptions! Actually, they did a pretty decent job on this one; you should see their giraffes. Anyway, the point here is that this is one badass rhinoceros, and you would be lucky, LUCKY to have it on your skin forever. 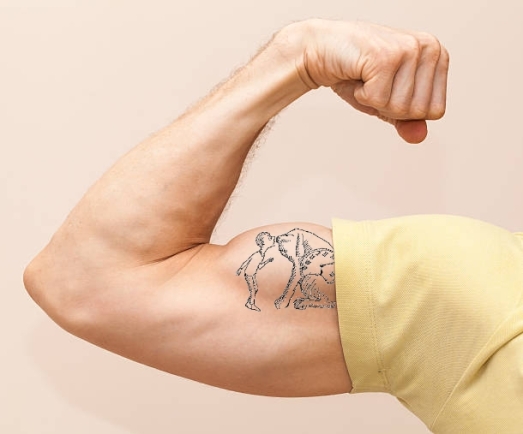 This is from The Phantom Toll Booth, and if you ever want a full and detailed explanation of who I am, well, read this. And if the idea of getting insight into the clutter in my brain makes you shriek in horror… you should still read this. It’s really good.

Another classic! Ferdinand is a bull who doesn’t want to fight in the bull ring; he’s happy sitting under a cork tree, smelling flowers. I think I just summed up why you should get this tattoo.

Okay, go with me on this one. Sure, there are a ton of cool stories in Viking mythology, and yes, a bunch of them have amazing imagery just begging to be immortalized permanently, but hear me out: this is Ratatoskr. His entire purpose in life is to run up and down the World Tree, trading insults between the eagle at the top, who guards it, and the dragon on the bottom, who’s trying to eat it.

That’s right folks. This little guy is the literary embodiment of gossip.

Get this, then actively point it out to everyone you meet, before launching into long monologues about how much you love the Iliad. Is Achilles or Hector the true hero? Is Patroclus gay, or just co-dependent? Don’t you wish you understood ancient Greek, so you could read it in the original?

Watch everyone around you get progressively more uncomfortable as they realize you’re talking about the other Homer.

Look at this sexy beast! He’s totally giving you the bedroom eyes! This was pulled from some medieval manuscript or other, and you should definitely dedicate your entire back to his magnificence.

No, I have no idea what’s growing out the top of his head.

Any list of literary tattoos that doesn’t include a shout-out to the Lost Generation would be kidding itself, right? Right. But how do you sum up that many creative geniuses in a single image?

Booze. You sum them up with booze. 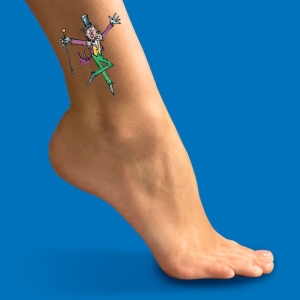 You’ve gotta have some Quentin Blake love, and the possibilities are so overwhelming that I chickened out, and went for an obvious one. Get Willy Wonka dancing on your ankle, and the world will love you!

Although not as much as they love their damned Oompa Loompas.

I saved the best for last! Yes, I know, I’ve already talked about this one, but come on! YOU COULD HAVE A PENIS DRAGON ON YOUR NECK. Frankly, I’m surprised I’m willing to give an idea this spectacular out for free.

In fact, it’s too beautiful to top. I’m ending on a high note. Get these tattoos.